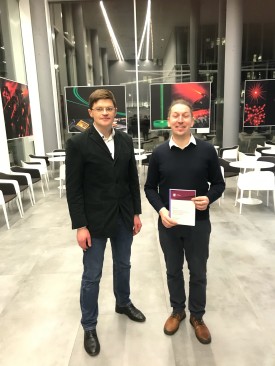 • Congratulations to Mažena, the first PhD student in the group to to defend her thesis! 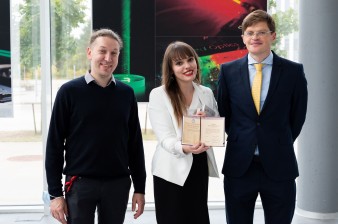 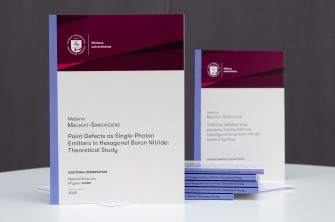 • September 2020: Marek has participated at the Apropos 17 conference at FTMC. 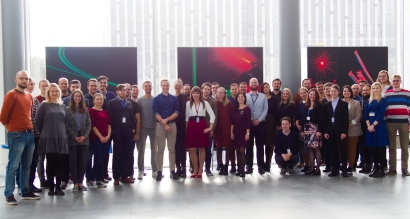 • September 2019: Mažena has participated at the XLV Meeting of Polish Physicists and IPSEC XII, Cracow, Poland.

• July 2019: Lukas and Mažena won Scholarship of the Lithuanian Academy of Sciences for Academic Achievements.

• January 2019: Mažena gave an interview for zw.lt “Stereotypical image – what a scientist should look like” and received an award “Talent of the Year” at Faculty of Physics.

• April 2018: Audrius gave an interview to “Verslo Žinios”: “How quantum computing will change the world?”. 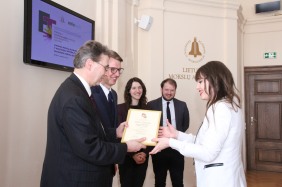 • September 2017: Mažena has participated at the E-MRS meeting in Warsaw. 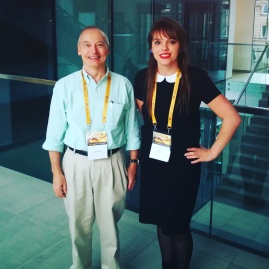 • July 2017: Lukas attended the workshop and summer school “Density-Functional Theory and Beyond: Accuracy, Efficiency and Reproducibility in Computational Materials Science” in Berlin, Germany.

• December 2016: Mažena has received the Karl Mey Scholarship of the German Physical Society to attend the 2017 DPG Spring meeting in Dresden, Germany.

• Ksenija Kovalenka from the University of Manchester stayed with the group from June 1 to September 30, 2020.

• Simone Manti from the Technical University of Denmark was staying at the group from September 2 to November 30, 2019.

• Marek Maciaszek from the Warsaw University of Technology was staying at the group from September 1 to November 30, 2018. 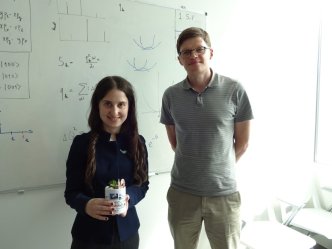 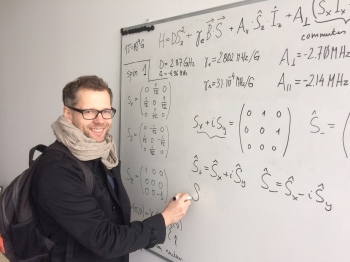 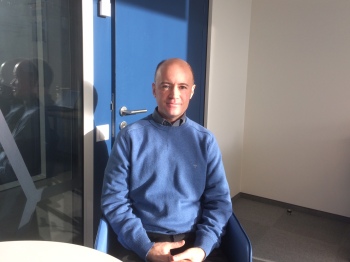 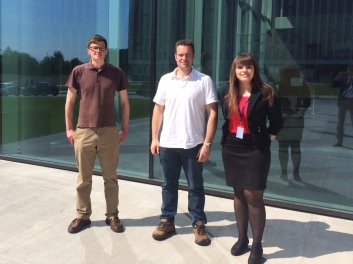 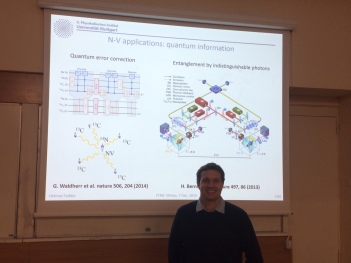